From its roots as a set of clinical research data, the Neonatal Intensive Care Units' Data Registry (NICUS) has grown into a resource that supports research projects, information and reporting to improve outcomes for premature babies during their first 28 days of life.

What NICUS does and who is involved 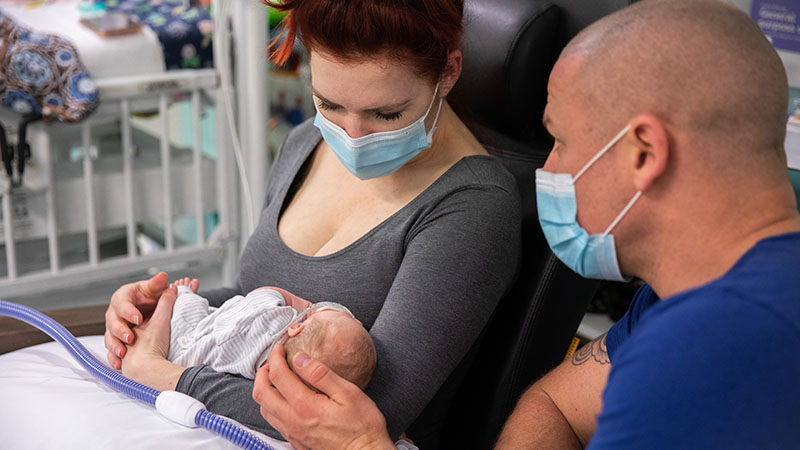 The scope of the Neonatal Intensive Care Units' Data Registry is broad. The registry encompasses:

It relies on an extensive collaborative network of:

How NICUS has grown

NICUS began in 1986, initially as a clinical research data set. In 1991, it became part of the Perinatal Services Network (PSN) based at the University of Sydney. In 2011, it relocated to the Sydney Children’s Hospital Network (SCHN).

The scope of the registry data set has grown over time. In 1992 the registry expanded with the employment of audit officers in local health district Neonatal Intensive Care Units. Then in 2002 data was added from some Special Care Nurseries.

In September 2021, NICUS moved from the SCHN to the NSW Agency for Clinical Innovation (ACI) to become part of the ACI’s Maternity and Neonatal Network.

The ACI supports the continuous development and implementation of ongoing improvements within the data registry.

It recognises the work of NICUS in ensuring clinical quality improvement with the Neonatal Intensive Care Units (NICUs) and the Special Care Nurseries within NSW and the ACT. As well, NICUS informs the policy process at state level.

Insight into the information flow

In 2020, 12,437 records were created in the Neonatal Database for the clinical management of babies. Of these 4,184 were audited for NICUS. These were drawn from 21 facilities across NSW and the ACT.

NICUS generates several regular reports from the database including: