To improve Emergency Treatment Performance (ETP) by 5% within five months.

EDs are under increasing pressure in NSW, due to the high demand for emergency services. Prolonged stays in the ED can result in overcrowding, delayed ambulance access, reduced patient and carer satisfaction, and an increased risk of adverse outcomes for admitted patients1. To improve access to emergency care, NSW Health states that 81% of all ED patients should be admitted, referred or discharged within four hours. This is known as ETP. Research shows a clear link between performance against this four-hour target and in-hospital mortality2,3 for admitted patients.

At Belmont Hospital, there are around 25,000 presentations to the ED each year. Prior to the project, ETP was well below NSW Health targets, at 70%. A previous project at Belmont Hospital in 2014 identified that:

In 2016, ED and executive staff from Belmont Hospital attended a workshop with the aim of addressing these problems, by improving communication and key performance indicators. It was determined that a 24-hour escalation plan would alleviate the demand on the ED and improve ETP, providing patients with high-quality care in a timely manner. 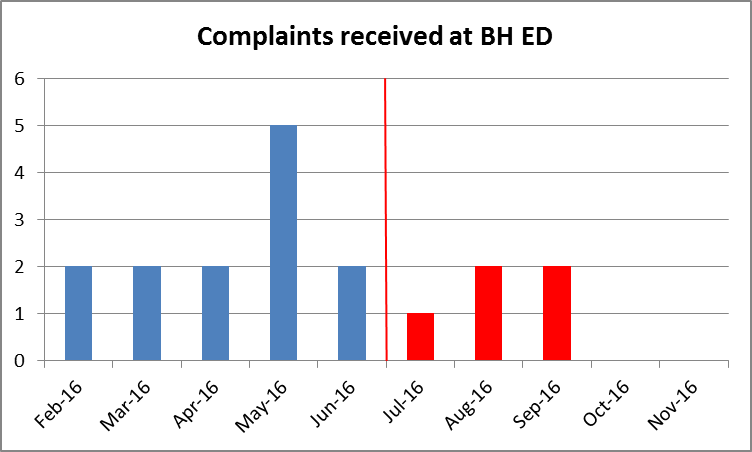 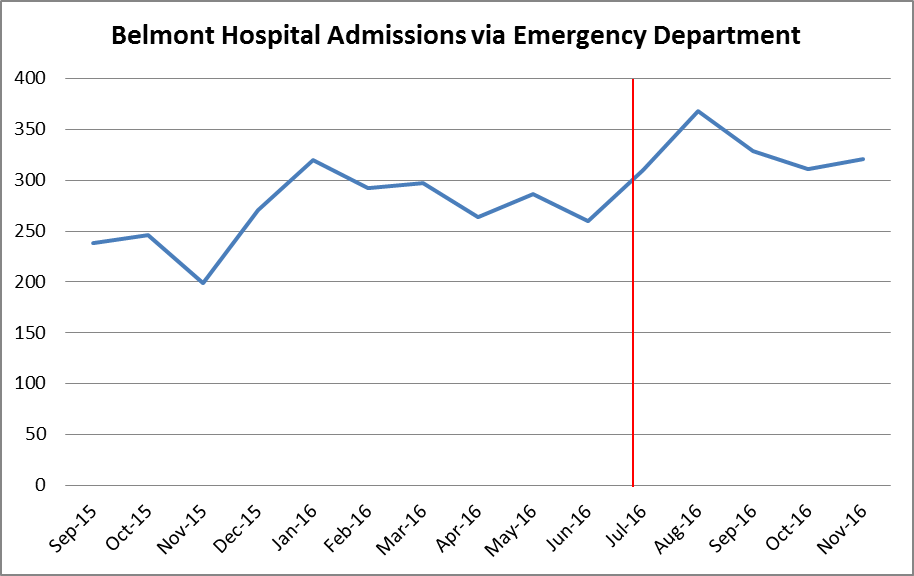