To ensure that within six months, 75 to 100 per cent of patients in the Cardiology Ward of Blacktown Hospital have an accurate medication reconciliation within 24 hours of admission.

Medication reconciliation ensures the best possible medication history of patients is recorded on admission, prior to transfer of care between health settings and on discharge from hospital. It has the potential to prevent medication errors and discrepancies, which can improve medication safety, minimise length of hospital stay and reduce the risk of re-admission. In February 2017, electronic medication systems were introduced to Blacktown Hospital. This system was expected to improve medication reconciliation and safety, however errors continued to occur. Not all patients had a best possible medication history taken on admission or prior to transfer of care between wards, as expected following implementation of the new system.

An audit conducted in May 2017 showed that only 10 per cent of patients in the Cardiology Ward of Blacktown Hospital had a correct medication history included in their medical record. This led to medication errors, such as incorrect doses and strengths, and omitted medications. It was identified that the electronic medication system did not flag non-reconciled medications, which allowed medical teams to prescribe medications that had not initially been reconciled. As a result, only two out of 20 patients had correct medications prescribed on discharge (Figure 1). Completed – The project has been implemented and sustained for duration of project, but is no longer running. 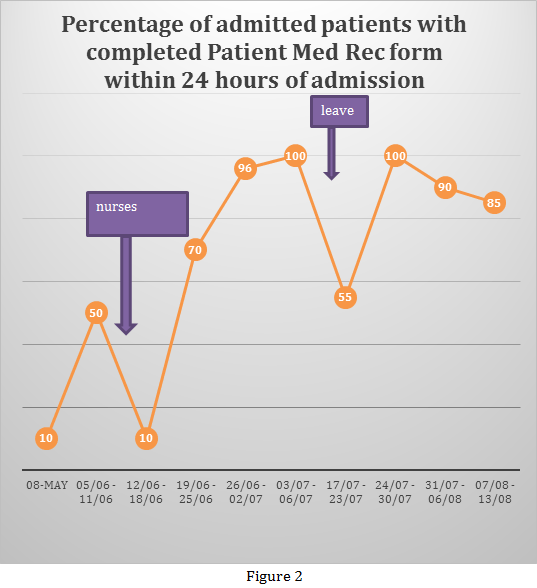 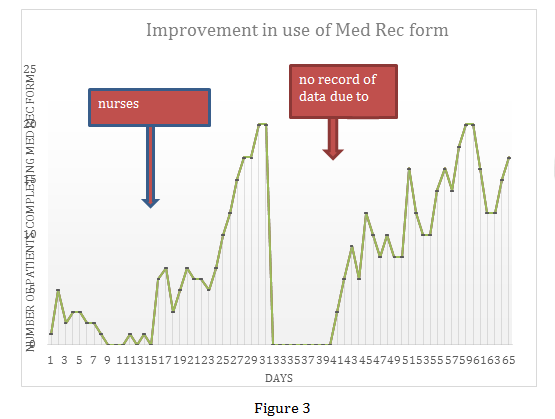