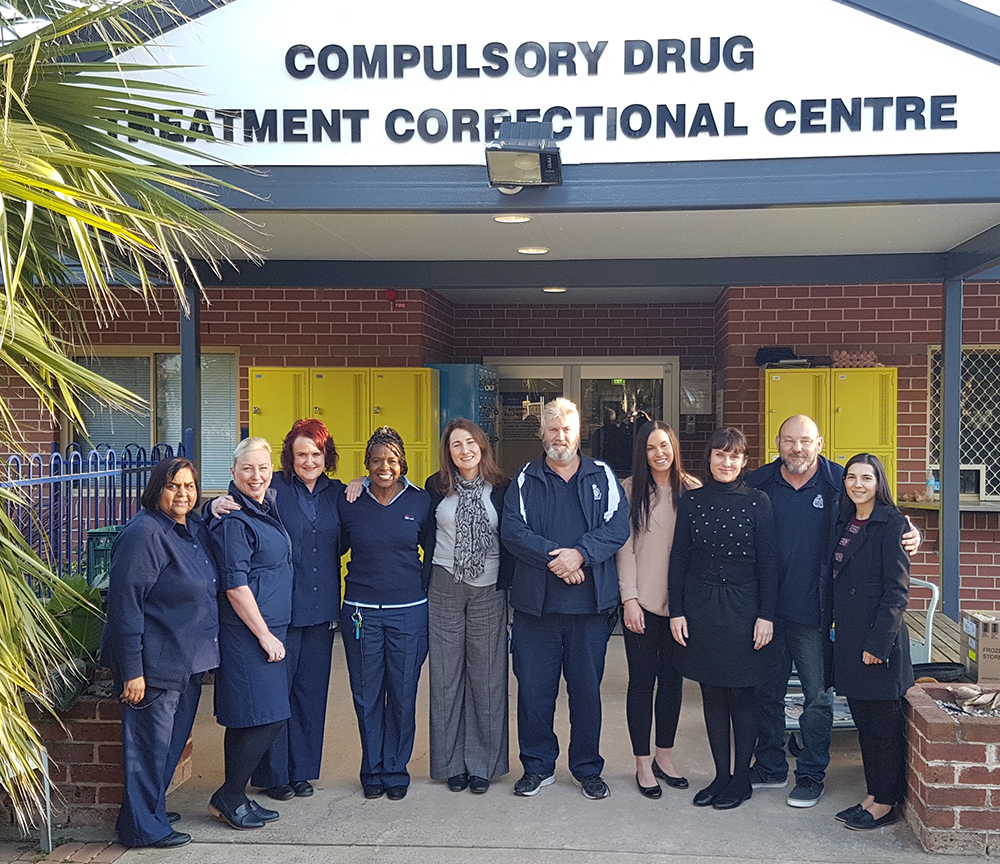 HCV is 20-30 times more prevalent in NSW prisons than the general community. Historically, HCV treatment was not widely available in prisons, due to the side effects of older medications and limited patient uptake. The inability to provide needle and syringe programs also presented a challenge in the prison setting.

In March 2016, new DAA medications became available on the Pharmaceutical Benefits Scheme (PBS). These medications had a well-tolerated regime and minimal side effects, providing an opportunity to potentially eliminate the entire HCV pool in the prison setting.

JH&FMHN introduced the new HCV medication in one of its prisons - the Compulsory Drug Treatment Program (CDTP). Screening of all patients, including new admissions, was undertaken on a regular basis, with concurrent treatment undertaken for those with HCV. Harm minimisation education was also provided to patients, to reduce the risk of re-infection in the community.

This approach to eliminate and control the entire virus pool was viewed as an innovative measure in the custodial setting. With minimal patient movement and a stable length of stay, the CDTP was an ideal pilot site for this trial. The program presents an opportunity to scale treatment across all prison settings in Australia and internationally.

In July 2016, all patients in the CDTP were reviewed for HCV risk factors (58) and those with risk factors were screened (54). In this group, 18 patients had chronic HCV and were concurrently scheduled for treatment. Within three months, all patients (100 per cent) achieved end of treatment response and 15 patients (83 per cent) achieved sustained virologic response after three months, which is considered cured by the scientific community. Three patients (17 per cent) were released prior to assessment. Of the 18 patients who began HCV treatment, four patients were Aboriginal and provided with culturally appropriate support. During and following treatment, patients reported improved physical and mental health, including increased energy levels, better physiological wellbeing and a more optimistic outlook on the future. Long-term benefits included significantly reducing the risk of further liver scarring, which can lead to cirrhosis, hepatocellular carcinoma and death. Since HCV was eliminated in the facility, no new infections or reinfections have been identified. Since this project was completed JH&FMHN has now replicated the approach at a further 12 suitably sized NSW correctional centres (see table 1).