The Development After Infant Surgery (DAISy) study is the first of its kind in the world. It investigated neurodevelopmental outcomes in infants who had major surgery within the first 90 days of life.

To identify developmental differences between healthy infants and those who had major non-cardiac and cardiac surgery in the first 90 days of life.

Parents of newborns who require major surgery often want to know how their baby’s long-term neurodevelopment will be affected and whether they will have a normal life. In these cases, early intervention has been shown to improve outcomes, both after surgery and later in life. The Grace Centre for Newborn Intensive Care received a number of requests from parents about their baby’s neurodevelopmental outcomes following major surgery and decided to conduct a research study to provide answers for these families and better outcomes for children.

The DAISy study was a prospective, large-scale longitudinal study involving 784 infants across NSW who had major cardiac and non-cardiac surgery within the first 90 days of life. Their developmental outcomes were assessed at one year of age and three years of age, using the Bayley scales of infant and toddler development (Third Edition). Results were then compared to a group of healthy children.

Of the 784 infants enrolled in the study, 539 were assessed at one year of age and 417 returned for the three-year assessment. There were 378 complete assessments that informed the results of the study. Results showed significant differences in development between children who had major surgery and their peers, with increased delay in language and motor skills at one and three years of age. Infants who had surgery for complex heart conditions had the highest risk.1,2

The research was translated into clinical practice quickly. After only two years, the team began to enrol infants into the Grace Development Clinic, to assess developmental outcomes and provide early interventions if required. The number of infants enrolled in the clinic has increased from 40 in 2006 to more than 400 in 2017. The reduction of disability through early interventions has an enormous cost benefit to families and to NSW Health.

Surveys of patients conducted during the study showed positive feedback about the timeliness of interventions and ability to link to local services. It was appreciated by many families living in remote areas, who would normally be excluded from research studies due to distance and cost. One parent wrote: 'Thank you for coming all this way, it makes us feel that the outcomes for our children in the bush are just as important as for those children in the city.'

Routine follow-up to assess developmental outcomes following complex surgery is now becoming a standard of care in Australia and has been incorporated into the care for every infant at the Grace Centre for Newborn Intensive Care. The Australian and New Zealand Neonatal Surgical Network was established by the project team and has resulted in practice change both locally and internationally. Additional studies are now underway to determine whether these children continue to be at risk in primary school, and whether follow-ups need to continue beyond three years of age.

This project was a finalist for Health Research and Innovation​ category of the 2017 NSW Health Awards. 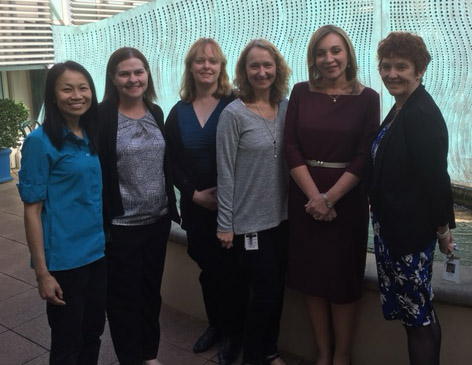 Challenges in implementation included funding of assessments. Input from other multidisciplinary clinics has helped to solve this issue and funding has been based on similar models in the network.