Barbara 'Barby' Strettles has enjoyed a significant 50-year career within the NSW Health system. As Barbara enters retirement, this incredible milestone complements the many achievements throughout her career and highlights the importance of following your passion.

As the Agency for Clinical Innovation's (ACI) Brain Injury Rehabilitation Network Manager for 12 years, Barbara had an interest in brain injury from early in her career.

She has worked in nursing and health manager roles, dedicated to improving care for people with brain injury.

“In the 1990s, Barbara recognised that brain injury was a lifetime condition,” says Jenni Johnson, ACI Associate Director, Trauma Pain and Rehabilitation. “She advocated for community follow-up, led the establishment of community reintegration services in NSW and became the first team leader of a multidisciplinary team providing support to people in the community.”

Her legacy includes contributions to the establishment of:

“Perhaps the most enduring role Barbara has played over the years is as an advocate for people living with brain injury, their family members and carers,” adds Jenni. “She advocated for transitional living units, day programs and respite services for people with brain injury.” 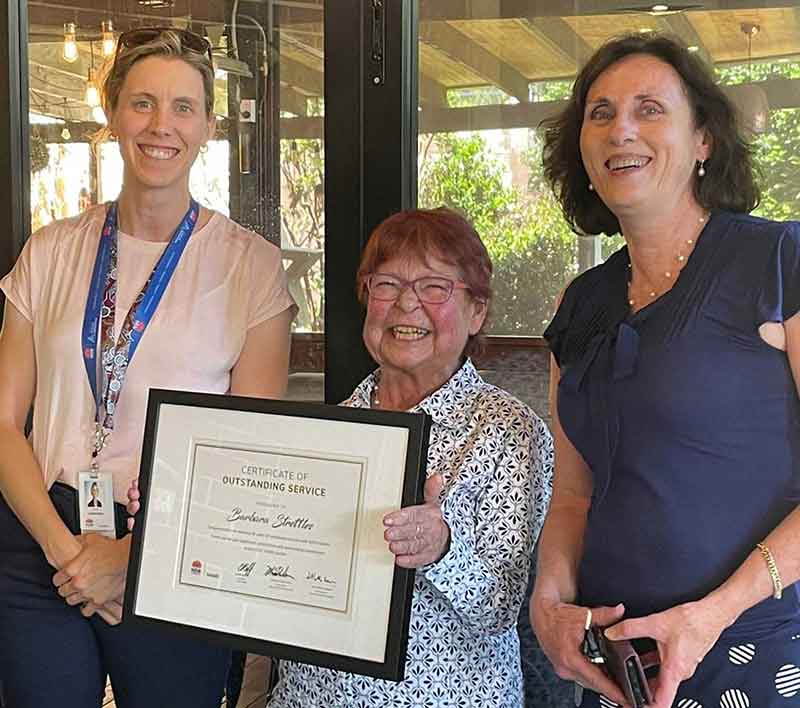 Barbara also contributed to many book chapters and publications; and secured grant funding to support critical areas of work.

Her contributions have been greatly valued across the ACI and the health system. We wish Barbara all the best in retirement.