Congratulations to the Illawarra Shoalhaven Local Health District (ISLHD) Public Health team who were awarded the ACI Rural Health Innovation Award at the district’s recent Quality and Innovation Awards. The team was recognised for their Keeping People Healthy project.

The team partnered with the Department of Communities and Justice and Port Authority to increase the uptake of the COVID-19 vaccine among at-risk communities.

Outreach vaccination clinics were held in 27 different housing locations and on the street, reaching homeless people and achieving one of the highest vaccination rates for social housing tenants in NSW. Sixty-four clinics were also held for seafarers, in partnership with the Port Kembla Terminals. The outreach program delivered 7,493 vaccines in three months and contributed to high COVID-19 vaccination rates in Illawarra and Shoalhaven. 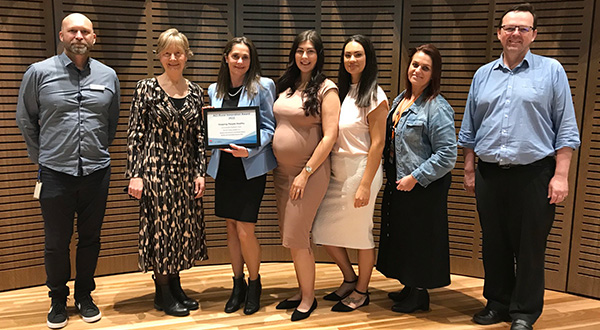