The Australian Institute of Health and Welfare’s report on Australia’s Health 2018 includes other broad features of society and environment in considering determinants of health. As well as socioeconomic position it includes a person’s knowledge, attitudes and beliefs; health behaviours; psychological factors; safety factors; and biomedical factors.2 Adequate health literacy, for example, allows people to actively engage in managing their own health but the 2006 Australian Bureau of Statistics Health Literacy Survey found that only 4 in 10 Australian adults had a level of health literacy that would allow them to meet the everyday demands of life.3

Similarly, the natural environment can affect the physical emotional well-being. Access to clean air and water and appropriate exposure to ultraviolet radiation are all important factors in a healthy population.

Isolation, social exclusion and loneliness have all been identified as potentially causing harm.4 And behavioural risk factors such as smoking, obesity and excessive drug and alcohol consumption, while modifiable, need to be considered in a discussion about social determinants.

A report by the National Centre for Social and Economic Modelling (NATSEM) modelled what the impact would be if social determinants such as income, employment, education were equally distributed on health, health service use and cost.

Researchers found half a million Australians could be freed from chronic illness, $2.3 billion in annual hospital costs could be saved and the number of Pharmaceutical Benefits Scheme prescriptions could be cut by 5.3 million annually; 60,000 fewer people would need to be admitted to hospital annually resulting in savings of $2.3 billion in hospital expenditure; 5.5 million fewer Medicare services would be needed each year, resulting in annual savings of $273 million; 5.3 million fewer Pharmaceutical Benefit Scheme scripts would be filled each year, resulting in annual savings of $184.5 million each year.5

Australia suffers the effects of a major differential in the prevalence of long-term health conditions. Those who are most socio-economically disadvantaged are twice as likely to have long-term health conditions as those who are the least disadvantaged. Put another way, the poorest are twice as likely to suffer chronic illness and will die on average three years earlier than the most affluent.5

Faced with huge issues such as poverty, poor housing, lack of work, limited education and poor health literacy the challenges for health professionals can seem insurmountable. This belief is now being challenged. World Health Organisation’s report Putting our own house in order challenges this by suggesting two roles for the health system.

The social determinants of health are often referred to as 'wicked' problem. This term describes a complex problem, apparently intractable and often multi-factorial, the solution for which goes beyond the understanding or response capacity of one agency.

There are moral and economic reasons for addressing the social determinants of health and health professionals can make a difference by having a sustained focus on access and equity based on simple, achievable goals balanced with action to address structural issues.7 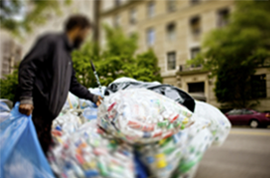