TIPSUse quotes for an exact phrase match, eg:
"search term"
Precede a word with '-' to exclude it from results, eg:
-exclude

SIADH (Syndrome of inappropriate secretion of antidiuretic hormone) has several causes. These include cerebral or pulmonary pathology, drugs that can impair water excretion or malignancy.

If there is no diuretic or other obvious cause, SIADH is likely if the following results apply: 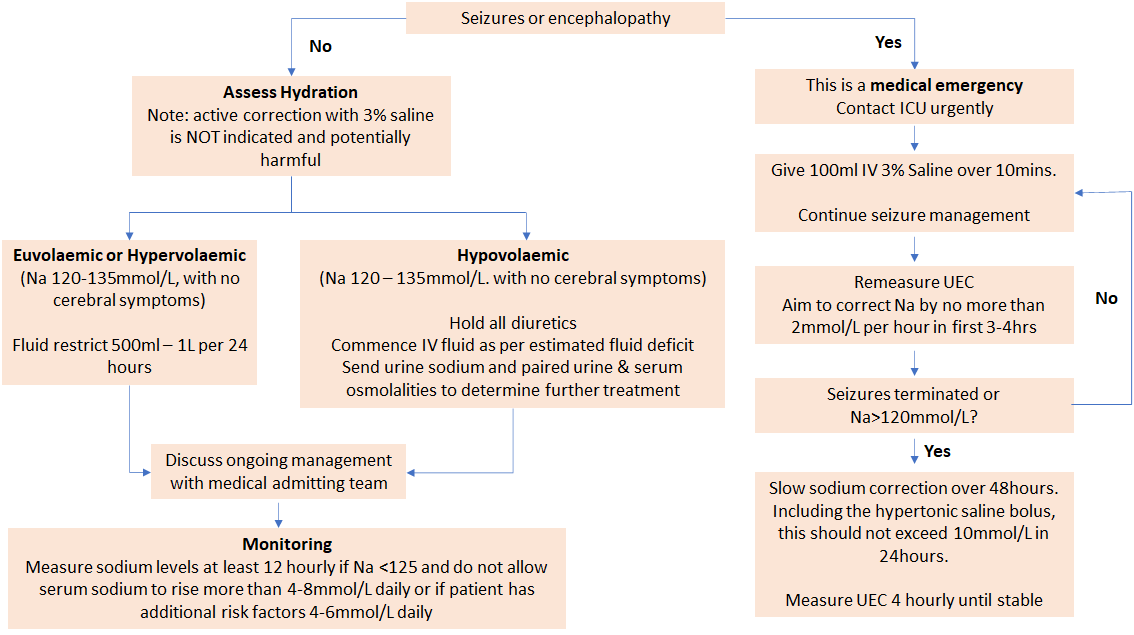 Risk of morbidity from delayed treatment is greater than the risk of osmotic demyelination from overly rapid correction. Therefore, aggressive initial correction is indicated for the first 3-4 hours (or until symptoms resolve) at a rate not to exceed 2 mmol/L per hour

3% Saline should preferably be given via a central line

For the latest information