Skip to content
Sitemap
Font size:
Back Return to the main ACI website Accessibility Options
Back to accessibility links
Guide

Allied health professionals and you

If you’ve been driving a car, you’ll want to keep driving for as long as you can. But at some time, that will become difficult.

It’s worthwhile talking to someone sooner, rather than later. Then you can plan when to have your driving checked and start finding out about other ways of getting around. An occupational therapist can check how safe it is for you to drive.

A dementia advisor, a social worker or an occupational therapist can talk to you about local transport options, such as public transport, community transport, taxi vouchers and companion cards.

When Michael was diagnosed with dementia, he had a specialised occupational therapy assessment of his driving. He passed, and kept driving with an unrestricted licence. He would need to repeat this specialist driving assessment yearly, or sooner if his driving changed.

After some time, his driving skills did change. Michael and his wife decided to downsize to an apartment on the bus route; Michael gave up his driver’s license and embraced public transport. He asked to wear an ID band on his wrist, with his name, address and wife’s contact details. Two years later, Michael continues to be a keen user of public transport. 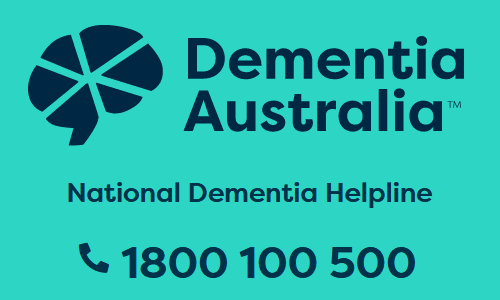 The National Dementia Helpline is an Australian Government funded initiative.