What is a seizure?

Normally, the brain produces small electrical signals when the brain cells and nerves send messages to one another. A seizure or fit happens when ordinary brain activity is suddenly upset because electrical activity from one part of the brain has spread uncontrollably to other parts of the brain for a short time.

During a seizure, any of the brain’s normal functions, such as memory, consciousness (awareness of self and the surroundings), movement and sensations, can be temporarily lost or disturbed.

There are several things that can cause a seizure. These include:

Of the people who have a seizure for an unknown reason, about half will go on to have another seizure. In some people, a first seizure may later be diagnosed as epilepsy.

Someone who has had a seizure is more likely to have another seizure if they have a brain injury or other type of previous abnormality, like epilepsy. If someone has already had two seizures, there is an 80% chance that they will have more.

What are the different types of seizures?

Partial seizures (also called focal seizures) involve only part of the brain. Some types of partial seizure do not cause reduced consciousness or awareness, but may cause twitching of a limb, or unusual tastes or sensations such as pins and needles. Other types of partial seizures do affect awareness, and the person having the seizure may have little or no memory of what happened. These seizures can cause confusion and automatic movements, such as fiddling with clothes, chewing, or wandering about, and the person may respond if spoken to.

Generalised seizures involve the whole brain and cause loss of consciousness. They can happen without warning, and the person having the seizure will have no memory of the event. There are several types of generalised seizures.

How are seizures treated?

When someone is having a seizure, it is important they are kept safe and placed in a position where they will not harm themselves.

To stop a seizure, drugs can be given through an intravenous cannula, sometimes as a continuous infusion.

If someone having a seizure needs help with their breathing, oxygen may be given through a mask, or in severe cases, a breathing tube may need to be inserted via their mouth into their airway and attached to a breathing machine.

What happens in Intensive Care?

If someone is having seizures and needs to be admitted to the Intensive Care Unit (ICU), they will be cared for by a team of doctors and nurses.

Exactly what is done will depend on their individual circumstances.

How long someone with seizures needs to stay in the ICU will depend on their need for ongoing support and how they respond to treatment. Please ask the ICU nurses or doctors if you have any questions. 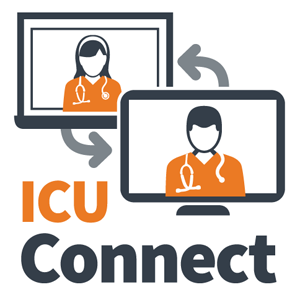